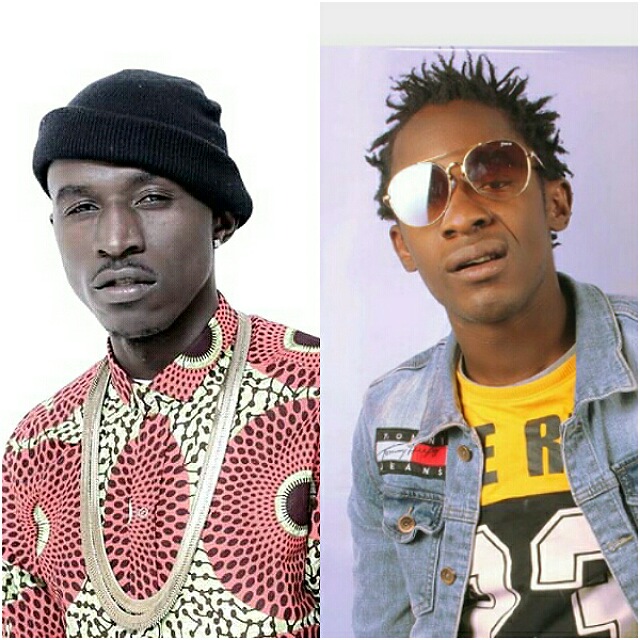 Muzo Aka Alphonso claimed that Alpha Entertainment didn’t release his album and it still in their possession. This caused so much drama on social media in which most users got frustrated with rapper Macky 2 for not putting out Muzo Aka Alphonso’s album.

Shortly, an interview done in the year 2015 circulated on social media in which Macky 2 said he didn’t want to release Muzo Aka Alphonso

Question 1 by Fan: man explain on that video trending some years back were u denied releasing the album

Answer by Macky 2: I didn’t think it was the right time to release the album. I needed him to be more patient and build more hype.

Question 2 by Fan: What really happened to Muzo’s album? make us understand, was the album released? if yes, why did he have to say that

Answer By Macky 2: He Felt Like We Didn’t Push The Album Enough.. But The Truth Is He Needed To Be More Patient.

Question 3 by Fan: If the album was released why sitinayinvela i think you should released it again muzo is your boy

Answer By Macky 2: I think he would have more things to say if we touched his music.. thats why when he left we also stopped pushing it.

Question 4 by Fan: I feel like u should find time and have a talk with muzo as the label

Answer By Macky 2: Do u think he is willing to sit down with us?

Statement By Fan: Hello! King bugah, greetings bashi Faith … I feel good to hear that you have forgiven muzo God bless you, but please macky2 muzo has learnt something from whatever he did my appealing to you is that you call him and counsel him make him understand, don’t wait for muzo to come ask for ur help, from my observation he can’t because his suffering muzo is in pain his not thinking in straight way because of the situation is passing through.. hope you will consider my aid ..

Response By Macky 2: its hard to help people who don’t want to be helped

Question 5 By Fan: What has cozed thedownfall of muzo some say you’re the one and the alpha ent or bwanga or fyalifyamba or something like spiritual

Answer By Macky 2: I dont know bro.. everyday i wake and go to the studio. consistency is everything in this business.

Statement By Fan: We all know that despite him needing help, his current state won’t allow him to ask for any. So as a king and a person with a good heart, kindly approach him and give him any help you can. The same God who gave you good heart will surely bless you for it.
#I_declare

Response By Macky 2: I fear offer may be denied.. but i promise to try

Question 6 by Fan: So after seeing all the things Muzo is going through, have you ever thought of giving him a second chance or helping him in any way?

Response By Macky 2: all he has to do is ask. am ready to help

Question 7: There is a video going around where showsta asked why you didn’t release muzo album in 2014?…explain what you meant by saying no one is capable of buying

Response By Macky 2: Thats the truth.. making a name is 1 thing, but it takes alot more for people to pay for something hear in Zambia. patience is everything. i wanted us to wait alil more. Do u know that my first album only came out in 2012 even though i had made a name in 2008.

Question 8 by Fan: Why do you hate Muzo?

Response By Macky 2: I dont hate him.. i would actually help him if he asked for help

Question 9 by Fan: Is it true that muzo left copala swag because of antinga…please tell me why you hate muzo without a reason because they is no way you can let him suffering just like that

Response By Macky 2: he has never even met her.. and i would appreciate if we left my family out of this