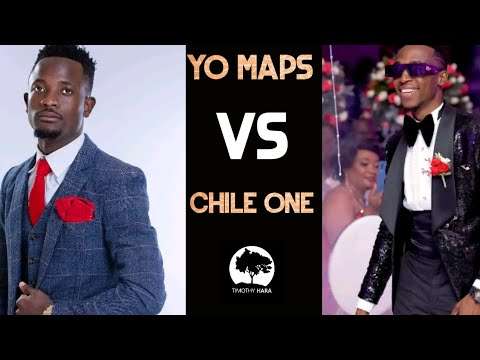 Chile One will go far - Yo Maps

Chile One will go far – Yo Maps

Social media users got animated with Chile One’s winning of the awards and, for whatever reasons, threw all manner of mocking innuendos at Yo Maps, who didn’t win any award on the night.

Reacting to the matter, Yo Maps told Kalemba that Chile One deserves the awards he won.

Yo Maps is encouraging Chile One against being complacent but instead work hard as there is no smooth road in the music industry.
“I’m very happy for him that he is doing it and won an award. It is a good start but he needs to focus and be careful; he will go a long way,” Mulenga said.
The commando hit maker commended the organisers of the Kwacha Music Awards for initiating them.
He, however, said there is need to ensure that the price attached to the awards benefits the winners, as opposed to winners merely being handed trophies.
Meanwhile, Yo Maps said it is unfortunate that some people have set a standard on how they want him to live his life.
He said he cannot manage to be told how to live his own life as many people are expecting him to.
“I’m not going to live a life based on people’s opinions;
I can’t manage to live the way people want me to live. As long as I’m doing what I think is right…. I can’t please everyone because people have their own opinion. So I’m really not paying attention to negativity,” Yo Maps said.
Yo Maps also said he is working on penetrating into other countries to win BET awards, among other foreign musical awards, as that will help Zambia.
He has since encouraged upcoming artistes to consistently work hard and believe in their music before anyone does.
“Mu Zambia tamwaba Illuminati; the only Illuminati we have is hard work and God,” said Yo Maps