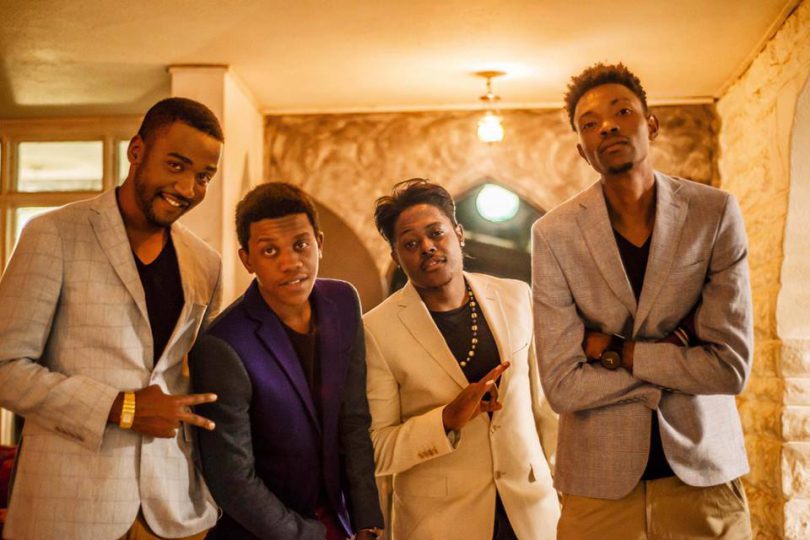 Music groups are like the mecca of sorts where most artists sharpen their craft to become the most revered musicians. In the era where collective glory was a valued achievement, it was trendy to be a member of a music group.

Their achievements are groundbreaking. They individually at different times shaped pop culture narratives. Their songs made us fall in love. Through fashion and lifestyle, they made us felt witty like our foreign hip-hop and pop music heroes.

In this article, I will try to go down memory lane to talk about music groups that dominated the Zambian music industry and contributed greatly to the growth of the modern Zambian Music.

Commonly known as the ‘Kings of Kalifunku’, a musical style they themselves invented, Black Muntu is an urban rap group with a massive following across Zambia. The group is made up of two members namely Mwembe Chulu and Leo Bweupe.

The duo made their musical mark when they released their debut album called ‘Wisakamana’ in December 1999. The album earned them a household name in the country’s music scene. Before they parted ways, released their second album ‘Kokoliko’ on 23 May 2002. The two albums are renowned for having songs like ‘Mayo Wandi Wachibili’, ‘Chanigwila Kumoyo’, ‘It’s Ok’, ‘Chibeibe’ and ‘Kabudo’. Mwembe and Leo then went on to pursue solo careers.

In May 2011, they reunited after nearly a decade of separation. The group featured on the ‘Black and Beautiful – Kalifunku Mix’ song on Yesu Culture’s ‘Sikwendaba’ album. They also featured on ‘The Rhythm Nation Project Vol 1’, as well as on the single ‘Usi Nisaabu with Suke Chile’.

Shatel was female music grouped that was made up of two talented female singers Saboi Imboela and Barbara Njovu respectively. The duo came on the music scene when they featured on the Mondo Music Compilation The Rhythm Nation Project – Track 1 with a song dotted NISWALELE.

Destined to become an anthem among Zambians, this track by two of Zambia’s leading female vocal talents (they also sing as part of Amashiwi) has a catchy Lozi chorus and that delivers it’s message even to those who don’t understand the language.

The Sakala Brothers are Zambia’s most celebrated, admired and ambassadors of the nation’s cultural heritage and the music grouped worked together 25 years . The group was made up of Levy Sakala and Moses Sakala. They have recorded hits such as Kumawa, Sandra, Ndina Babaika, Tolilo Vovo, Puteni Chimwela.

The music The Sakala Brothers did together wad concious, in no way does it give an impression of none Christian values, they have taught,encouraged and lifted spirits in their music.

Before splitting the duo even won Best Live Recorded album at the Mosi Music Awards in 2014 sponsored by Mosi Lager brand for their album Born In Matero.

When talking about Zambian music groups Zone Fam is the name that should never miss on the list. The group was formed in 2009 after they were all signed to Slam Dunk Records and it comprised of Sam Sakala “Dope G, Jackson Banda “Jay Rox “, Reginald Lube “Yung Verbal “, and previously Tim Chisenga “Thugga” until his departure from the group on April 1, 2015.

They gained popularity after the release of their debut album single Shaka Zulu On Em which received nationwide airplay, topping radio charts and got worldwide reviews off . In 2011 they went on and released their first studio album, The Business: Foreign Exchange, which was best seller of that year. In 2012, Zone Fam signed their first international deal under record label Taurus Musik of Kenya, which helped them produce songs from their upcoming album Barcode namely, Translate and Contolola, which won them a Channel O Award at the Channel O Music Video Awards for Best Group. They also have to their name the award for Best African Group at the Global African Music Awards.